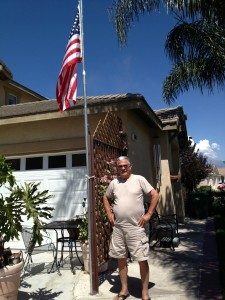 Sanchez is the Vietnam-era veteran who had his U.S. flag, and the pole it flew from, stolen from the front yard of his Eastvale home last week.

Flying the flag was a 40-year tradition in the Sanchez family.

Also on Saturday, Sanchez said he received a call from California Assemblyman Eric Linder, R-Corona, who commiserated with him and promised to provide him with a flag that had flown over the state capitol.

“He’s got a big heart for veterans,” Sanchez said.